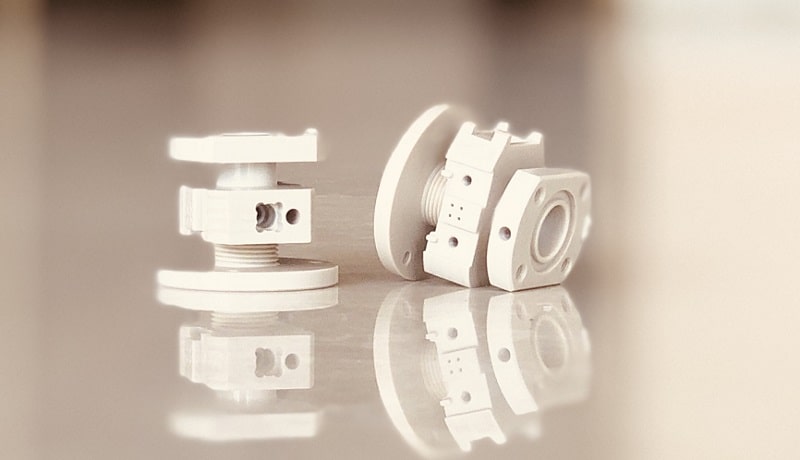 At Poly Fluoro Ltd, we have always tried to abide by the rule: Build capability, not just capacity.

In a world where manufacturers are constantly looking to scale up operations as quickly as possible, this may sound rather counterintuitive. Scale allows for many benefits, such as lower input costs and allowing fixed expenses to be spread more thinly.

However, when it comes to niche polymers, scale is never guaranteed. In most cases, the demand for complex machined polymer components only runs into the thousands. With limited scale, the challenge becomes one of achieving higher realisations for the same time spent. In this endeavour, adding capabilities helps a company move up the value chain and scale up on value, even while volumes may remain small.

A while back, we engaged in the development of a very complex valve made from PEEK. By the analysis done by our engineering, we knew the part required a 5-axis milling machine and even though we really wanted to add the part to our portfolio, our milling machines only had 3-axis functions. We therefore needed to build this capability.

We initially stepped out to see whether a vendor could take the PEEK valve part up for us. However, every vendor we spoke with either gave up upon seeing the drawing (the part is very complex!) or said that they did not have capacity to take up the job. We were intrigued. Not only was the part truly a challenge – which is something we love – but the lack of capacity in the market meant that acquiring our own equipment was probably a good idea in the long run.

However, given that a 5-axis milling machine can be rather expensive, we were hesitant to jump into something requiring such a large investment, when the value of the order in question was small in comparison. We then came across a new equipment vendor offering 5-axis machines at a fraction of the cost that was being asked by the larger manufacturers. We gave them the part to develop, assuring them that if successful, we would pay the advance on a new machine immediately.

Sadly, the PEEK valve development  was tougher than they anticipated (I did say it was complex) and after struggling for a few weeks, they abandoned the project with nothing to show. We were back to square one.

We sat down to review the part and – in what would surely be a major loss of face – decide how we were going to inform the client that we had failed and that we could not take the development further. During our review, it was commented that in truth, we only needed a 4th axis to give us the extra dimension needed to machine the part. This caused us to stop and think. We already had 3-axis machines; what would it cost to add only one more axis? Was such an extension even possible?

After speaking with our existing machine’s vendor, we were excited to learn that they had a 4th axis attachment suited to our equipment. What’s more, it would cost a third of what we would have paid to the supplier to whom we had given our part for development.

Within two weeks the new attachment was in place, although the part’s development still took a few weeks more (did I mention the part is very complex?).

Our obsession with making the part led us down a path of discovery that culminated in a successful outcome. However, in pushing for this outcome, we managed to add a 4-axis capability to our machining repertoire, giving us the option to take on new parts that we may have otherwise had to regret. It is this determination to constantly push what seems infeasible that leads us into newer, more interesting avenues of our operations.

And if we do come across a part more complex than what we can handle? Well, there’s always that elusive 5th axis we still need to get!