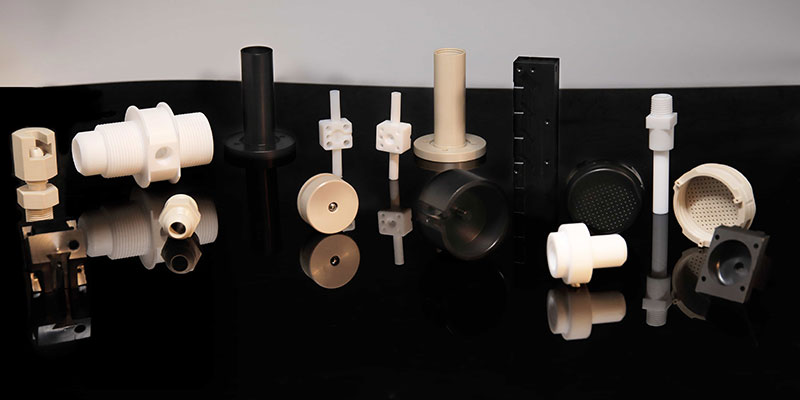 The evolution in polymer technologies has ensured that there is virtually no application where polymers do not provide some benefit. Polymers are increasingly being turned to in areas that require high-stress resistance combined with light weight. As such, metal replacement is being done across industries, facilitating the need for extensive testing in order to prove the polymer can suitably sustain itself over the long term.

The rise of 3D prototyping has had many believe that conventional methods of sample development would soon be phased out. In fact, many who do not fully understand the limitations of 3D printing have even suggested that conventional production methods could soon be done away with, as the speed of 3D printing is augmented to match the throughput of existing processes.

While 3D printing is no doubt a useful tool, it suffers from limitations. For one, the layering process – while very effective in making certain kinds of shapes – does not lend itself of creating a polymer structure with adequate tensile properties. Especially in the direction of the layering, the part will always be inferior to a polymer that was either cast whole from its molten form or compressed at high loads and then cured under heat. Another issue is that many polymers – such as PEEK – are subjected to internal stresses that do not fully release until the heat on the part crosses the glass crystallinity point. Conventional machining processes make allowance for these stresses. Parts are often annealed mid-way through the machining operation, allowing the stresses to be removed so that the part itself does not suffer deformation while under application.

Another limitation of 3D printing relates to the rise of 3D software technologies. While earlier it was assumed that 3D prototyping allows a better understanding of the fitment of the part into the assembly where it would be used, we can now use 3D software to get the same idea. 3D software not only allows for the fitment to be assessed to a very high degree of tolerance, but also allows the stress and load parameters to be applied, giving a full understanding of whether or not the part will deform during use. This, in effect, negates the need for 3D printing as a whole and allows for a part to be fully proven before moving into the sample development and bulk production phases.

Given that the conventional production processes are here to stay, it is worth exploring them further to understand the strengths and weaknesses of each. Primarily, polymer parts can be made either by machining or by injection moulding.

As we will see, each has its benefits and limitations. We will compare these processes along some of the key parameters.

1. Complexity
While machining does allow for some degree of complexity, more often than not, very complex parts need to be injection moulded. Typically, contours, fine radii and a high-gloss finish can only be attained using injection moulding. While machining programmes employing CAM software can be used to achieve intricate dimensions, the equipment needed and the extra time it would take to attain this would make the process costly.

2. Cycle time
In general, the cycle time needed during machining will increase along with part complexity. More dimensions imply more operations and parts can sometime take in excess of an hour to machine, if the dimensions are varied enough.

In comparison, injection moulded parts would rarely vary in cycle time as complexity increases. Usually, an injection moulded component would take only under a minute to mould, and this time would only increase if the part weight was increased.

4. Tolerance
Tolerance is one of the areas where machining truly gains an advantage. Machining tolerances go down to as close as 10 microns and ensure that this tolerance is held over a large batch of components. In comparison, injection moulding would usually not commit to such close tolerances. One key difference between the processes is that with machining, the drawing is King. Any dimensions given on the drawing (within reason) are set in stone and must be achieved if the part is to be approved. In contrast, injection moulding will try to come to as close as possible to the drawing dimensions. Any minor deviations are then submitted for review and the drawing is re-created accordingly. Usually, this is because the cost of re-making/ re-working the tool may be high and/or infeasible. So the end-user takes a call based on fitment and the part can be approved.

5. Polymer
Other than cycle time, the key cost comparison between moulding and matching rests on the amount of polymer used. Machining is a process that starts with a stock shape (a rod or a sheet) and removes that which is unnecessary to make a final part. In contrast, moulding is additive. We create an empty mould and fill it with just the right amount of molten polymer needed to make the part.

In the case of more expensive polymers, this cost saving from lower consumption can be quite significant – especially for high-volume parts.

However, there are some polymers that simply cannot be injection moulded. PTFE and UHMWPE – to name just two such polymers – can only be made from compression moulding. These polymers have no melt-flow, meaning that even at their melting point, they do not become liquids, so that putting them into a mould would be infeasible.

While injection moulding is usually the cheapest way to make a part (owing to a lower cycle time and a more efficient use of raw materials), where it is expensive is in the development.

A machined component can be developed for practically nothing more than the time and effort it takes to programme the part into a CNC machine. Injection moulding requires a die, which is expensive to make and can sometimes take weeks to complete. It is mainly for this reason that most prototype applications prefer to get the parts machined and only look towards moulding when the volumes increase. Even with increased volumes, the cost of the mould needs to be amortized over the expected volumes the mould can produce. This is then added to the part cost to compare whether or not there is any saving from moulding the component.

Once all these factors are weight against one another, an informed decision can be taken on the process to follow.