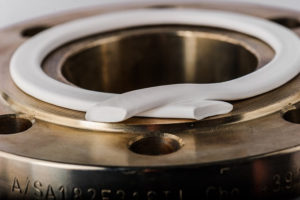 For anyone connected to the PTFE industry, the last 18 months have been fraught with anxiety. The shutting down of a few PTFE resin manufacturers in China in early 2017 caused a supply crunch that has yet to ease out, driving prices up as much as 60%.

Many believed that the imbalance between demand and supply of PTFE raw materials would spur a capacity expansion from those manufacturers still operational. However – as we earlier saw in 2011 – resin manufacturers opted instead to maintain capacity and allow prices to increase. From the point of view of companies like Gujarat Fluorochemicals (India) and Shangdong Dongyue (China), this appears to be a sensible strategy. Until early 2017, the price of PTFE resins had been steadily declining due to fierce competition between resin suppliers. The shutting down of Chinese plants would have come as a blessing for these companies, who have since seen their realizations increase.

But while a rational observer may argue that an upward price correction was certainly due in early 2017, pinpointing the “fair” price for PTFE has always been tricky. Not only is the PTFE industry minuscule in comparison to more familiar polymers such as PVC, Polypropylene and Polyethylene, but its irreplaceable properties as an engineering plastic allows resin manufacturers a lot of leeway to test the extent to which higher prices would be accommodated by processors such as ourselves. Considering the price increase has been a worldwide phenomenon, it has not been impossible to convince clients regarding the upward revision of rates. What has been taxing, is the instability. A client may be willing to revise rates once or twice, but when it becomes a monthly affair, one can expect some backlash.

Amid all the uncertainty, it appears processors may have found some solace in the protectionist tendencies of the current US government. When the US announced in October 2017 that they would be reviewing the anti-dumping policy in relation to PTFE resin supplies, no one took much notice. This administration has highlighted multiple instances where the competitiveness of the US economy was threatened by low-cost-countries. We never believed that much attention would be paid to a niche industry like PTFE.

Over the past week, however, tariffs of 69% to 208% were announced on Chinese manufacturers, while Gujarat Fluorochemicals (India’s only manufacturer) was slapped with an 18.5% anti-dumping duty. The resulting impact of this measure is something we would like to extrapolate.