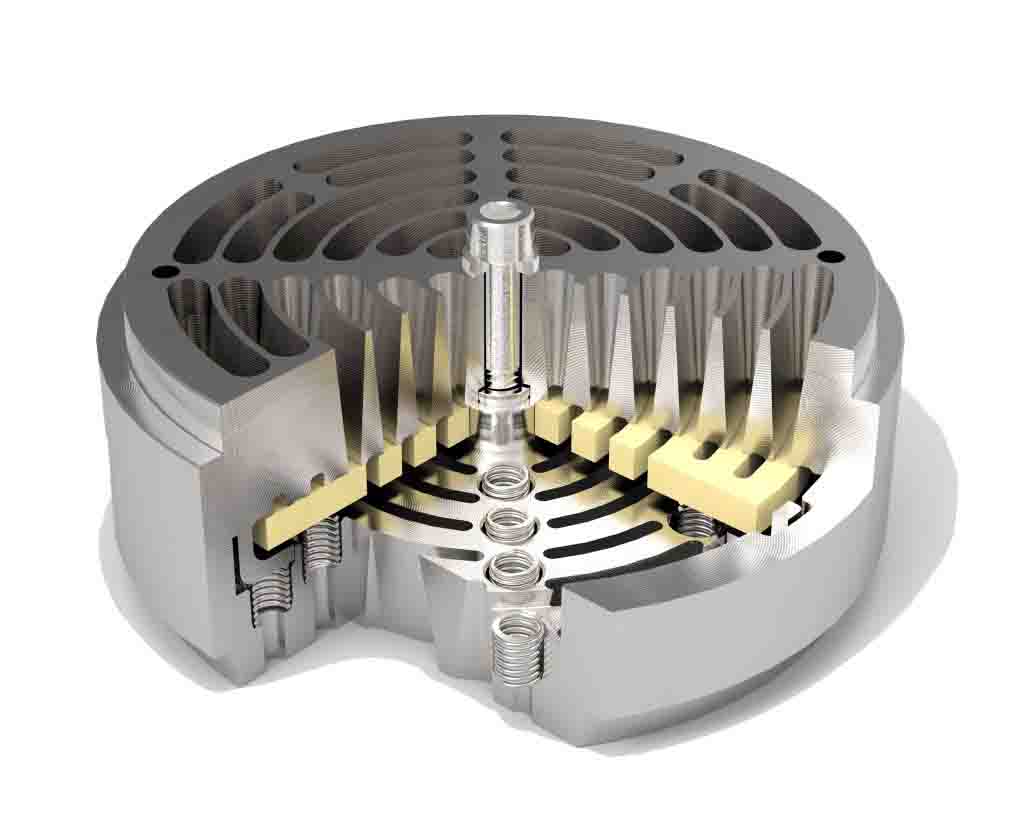 The use of reciprocating compressors has become a mainstay for most industries. They form not only a vital part of any pneumatic or gas line but also feature in areas like refrigeration as the key part of the equipment or appliance.

Like most equipment, we seek constantly to limit the failure and downtime. While the break-down of a compressor can seriously hinder operations within an industrial outfit, failure within a consumer appliance can be very problematic, as we usually do not expect the compressor in a refrigerator or air conditioner to fail during the life of the product. Furthermore, the replacement of the compressor is expensive and time-consuming.

Analysis of the durability of this equipment yielded the failure of the compressor valve plate as one of the main causes of the breakdown.

The compressor valve plate sits at the heart of the reciprocating arrangement and is responsible for taking a lot of the loads associated with the compressor function. In addition to this, it is in direct contact with the air, gas or fluids running through the compressor and is subject to both corrosive forces as well as high pressures and temperatures.

Traditionally, metals were used in this application. While metals are inexpensive, can withstand high impacts over a sustained period and are not affected by pressure or temperature, there were always concerns about corrosion. As newer fluids were developed, it became imperative to use materials that would not react in any way to a variety of chemicals that may pass through the compressor. Corrosion of the metallic compressor plates could also lead to chipping and fracture. While a fractured plate could be replaced ad hoc, any metal debris coming off the plate could find itself elsewhere within the equipment and cause additional damage.

Metal plates also do not perform well with ingress. A piece of dirt or grit – often unavoidable in industrial applications – can become lodged within the equipment, as a metal plate will not yield or absorb the particles into itself.

Polymers have been adopted as compressor valve plates from the 1960s. However, the hunt for the right polymer took nearly two decades more. The advantages of polymers became apparent once nylon was introduced. The key benefits were:

While these advantages were understood, there were also other issues that prevailed, leading manufacturers to constantly look for better replacements.

At elevated temperatures nylon begins to degrade and can be attacked by acids and bases. Nylon also becomes brittle in oxygen-rich environments and as a result does not perform well in hot, moist gas service.

While Ultem clearly has the tensile strength, flexural modulus and temperature resistance needed, it suffers from issues with dimensional stability. Fundamentally, Ultem is an amorphous material – meaning its molecules are not locked into each other and can therefore move or slide over one another when under stress. This property means that over the life of the equipment, Ultem was unable to maintain serviceability.

Like Ultem, Torlon too checked a lot of the main boxes needed for this application, such as strength and overall durability. However, like Ultem, Tolron is also amorphous and like Nylon, it has a relatively high water absorption. The crystalline properties of Tolron can be increased by special processing, such that the molecules lock more rigidly. However, under heat, any absorbed moisture tends to swell the material from the inside, causing dimensional deviations in the long term.

By the 1980s, PEEK had been around long enough and tested across enough applications to confirm that it was a potentially great candidate for compressor valve plates.

While PEEK exhibits a tensile strength at par with the toughest of polymers (reaching, in some compositions, to nearly metal-like levels of toughness), its crystalline structure ensures a level of dimensional stability even after years of operation.

PEEK is resistant to temperatures of up to 300°C, which goes well beyond what might be needed in this application. It is also resistant to a wide variety of chemicals and is affected only by concentrated nitric and sulphuric acids, which are highly unlikely to be present within a compressor.

PEEK’s water absorption, at 0.06%, is also far less than that of any of the above polymers.

The addition of fillers such as glass and carbon only enhances the properties of PEEK further, making it the right material for this application.

Overall, the introduction of PEEK into this application has seen a vast improvement in efficiency and durability, leading to reductions in maintenance costs and machine down time. 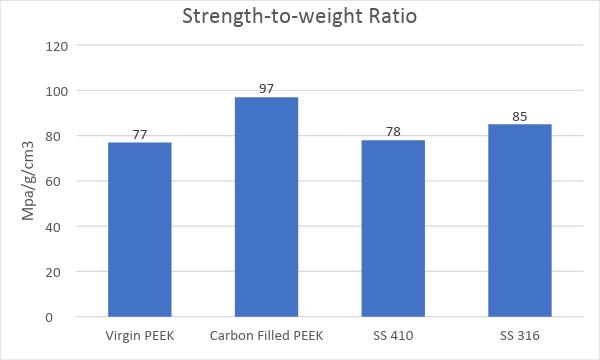 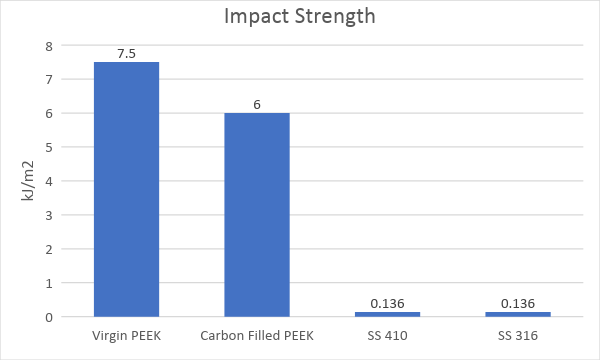 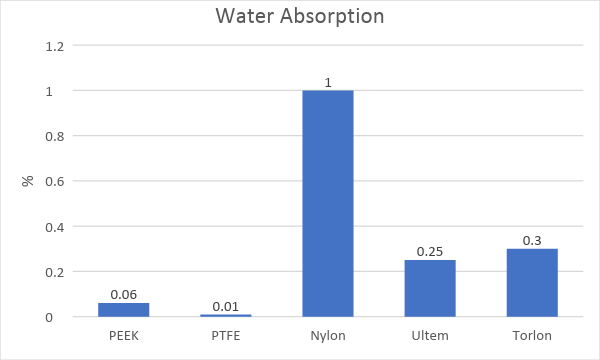 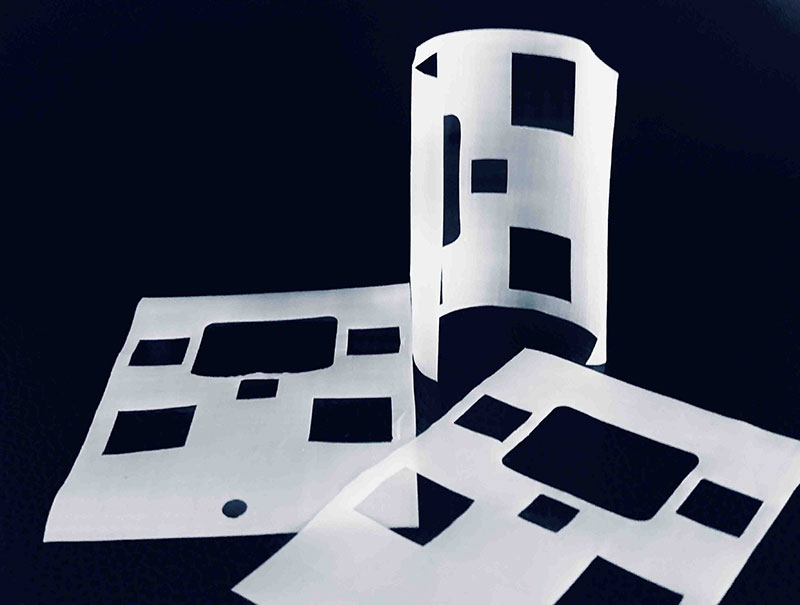 The advancement of electronics in our daily lives has accelerated recently with the advent of IOT and electric vehicles. In all these applications, the one feature that is of paramount importance is the battery.

An enhanced battery life and performance appears to be the thing that sets a device apart from its peers. We evaluate our mobile phones and even our electric vehicles on the merit of how far they can go on a single charge. Furthermore, we need the battery life to stay consistent over the lifetime of the product and not dull out after one or two years of operation.

If industry sources are to be believed, the average life of an electric vehicle would be 400,000Km, as against the average of 200,000Km in today’s fuel-powered vehicles. It is suggested that we would not look to replace an electric vehicle (for performance-related factors anyway) for at least 15 years. Obviously, if the battery needs replacement every 2-3 years, this poses a problem. Even if a consumer wishes to trade in their old vehicle for a new one, the resale value of the older vehicle will ride heavily on the battery performance.

In an attempt to look for cheaper, more effective and light-weight solutions to this problem, PTFE has emerged as an ideal medium for insulating the insides of lithium-ion batteries. Battery separators are essential for ensuring that the battery does not discharge internally, reducing the effectiveness of a single charge. They also ensure that while charging, a battery does not accidentally short circuit internally.

PTFE films have several properties that make them ideal for this application:

It is a known fact that insulation and electronics go hand in hand. As our dependence on electronic devices grows, so too does our need for stable, cost-effective and efficient insulation. PTFE – due to its incomparable properties as an insulator – should see its demand increase substantially, as more applications will require its unique properties to stay effective.

PTFE Tubes are known for their versatility and durability.

As a material, it comes with the numerous properties of PTFE, including temperature resistance, chemical resistance, electrical insulation and high-strength.

The high ratio of strength (both tensile and electrical) to weight gives us the option of using a much smaller tube of PTFE to do the same task that might require a lot more of a less capable material.

A high burst pressure means that both pneumatic and hydraulic systems would benefit tremendously from the use of PTFE tube. Similarly, a dielectric breakdown strength in the region of 150KV/mm implies that even a wall thickness as thin as 0.5mm allows for a breakdown resistance of 75KV.

Chemical lines, which often require a material that does not in any way react with the chemical inside it, benefit from the inert nature of PTFE. This means that even in the event that some unknown chemicals are present in the fluid passing through the tube, there is no risk that the tube will corrode or in any way impart its own reaction with the chemical.

PTFE tubes are known by many names across the industry:

They are all part of the same process and extruded in the same manner. 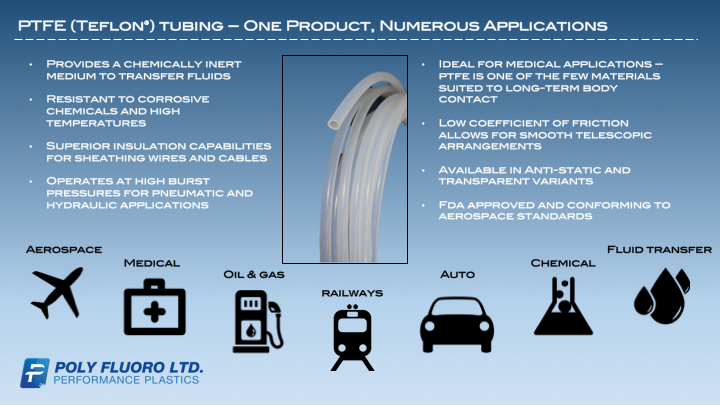 Please visit our website for more details or email us: enquries@polyfluoroltd.com