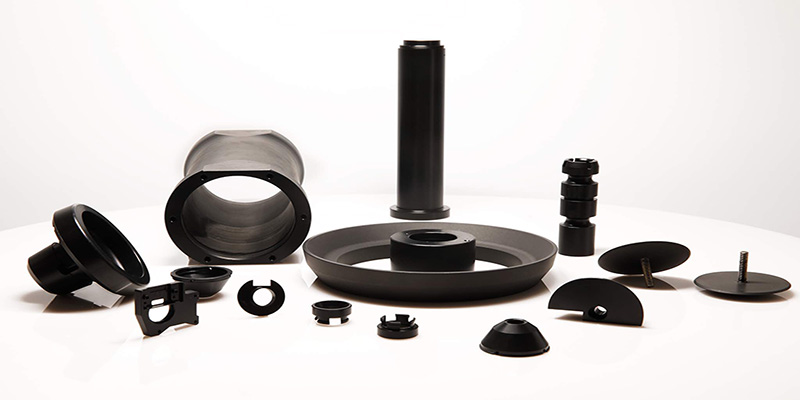 Over these past two years, virtually no supply chain in the world has been immune to the vagaries of price fluctuations. The initial onset of the pandemic did not immediately result in inflationary pressures. This was possibly a combination of caution on the side of the suppliers of raw materials combined with the uncertainty that demand would persist across industries. However, once the dust somewhat settled, it became obvious that demand was still robust. Not only that, the general climate since 2021 has been one of exuberance, with the result that prices of PTFE have experienced a steady uptick month-on-month.

It should be noted that while PTFE prices have seen an upswing of anywhere between 25-40%, price escalations for other polymers have been even more pronounced. For POM (Polyacetal), for example, the price moved from a low of ~US$1.75 in 2019 to ~US$4.35 today – as staggering 2.5X increase. Other plastics such as ABS, Polypropylene, and PVC have seen similar jumps, if not as pronounced. 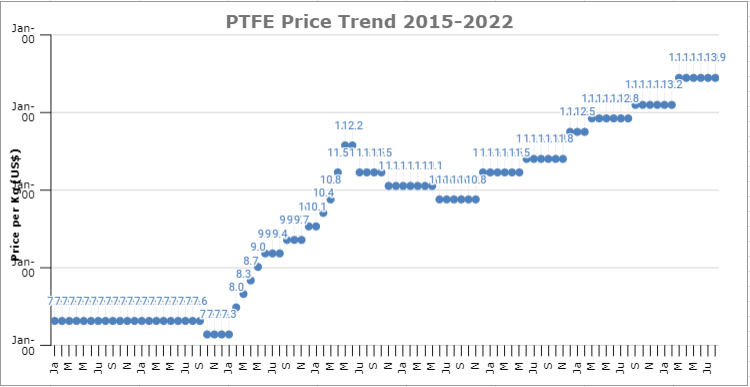 Today, while price revisions continue to be sprung at the beginning of each month, it is probably wise to take stock of the pricing pressures presently at play and understand how the next 12 months might look. Broadly, there are four levers impacting the climate of PTFE pricing.

1. The war in Ukraine

Perhaps the most significant event over the last six months, the war has had multiple ripple effects across various economies and industries. If we look at the impact on PTFE, the effects are threefold:

COVID ensured that any major additions of capacity would need to be put on hold. However, the subsequent spurt in demand found many raw material suppliers struggling to meet their target timelines. Since 2021, the addition of capacity within China has seen many resin manufacturers step out and start re-building their dealer bases in India.

In India, the entry of SRF into the PTFE resin space remains a very significant event. While initial reports suggested they would be production ready Q3 2022, the present status seems to indicate that they may hit the market only by Q1 2023. Either way, the resulting jump in capacity will bring some much-needed competition into the local market and ease off some of the pricing pressures currently being seen.

As China pursues an aggressive lockdown policy, the supplies to other countries have been sporadic. Since China remains the largest manufacturer of PTFE resins, this supply inconsistency has caused supply-side ripples across the market. Further, with Russia out of the picture, it has become even more imperative for China to maintain a steady supply into Europe. As COVID pressures ease, we should see some improvement in the flow of materials out of China, which should subsequently relax pricing.

4. The end of anti-dumping duties

Over the past decade, the Indian market has been protected by the prevalence of anti-dumping duties on Russian and Chinese resins. This duty – a fixed amount per Kg that typically implied a price increase in the range of 18-25% - has forced most processors in India to buy only from Gujarat Fluorochemicals. As the present scenario unfolds and demand from Europe spikes, GFL’s grip on the Indian market has become even more pronounced.

However, a July 2022 ruling by the DGFT has abolished anti-dumping duties, leaving the Indian markets open to resin from both China and Russia (India continues to buy from Russia). This move is likely to see a much-needed easing of PTFE prices in months to come.

In conclusion, while PTFE supply-side pressures remain strained in the short-term, the medium to long term effects point to a general easing of pricing. Whether prices will return to their pre-COVD levels seems unlikely. However, the added capacities and competition from China and Russia will certainly keep price escalations in check, even as energy prices remain uncertain.