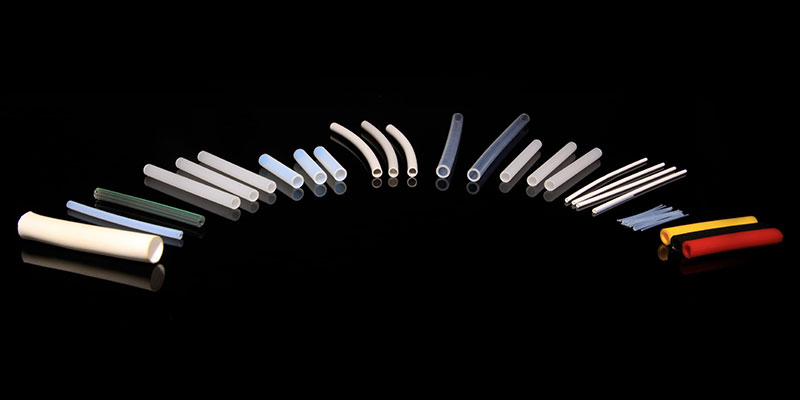 It is not uncommon in an industry catering to high-performance polymers to frequently come up against the issue of pricing. Polymers such as PTFE, PEEK, PVDF and PPS command prices that are sometimes up to 20X the cost of cheaper plastics such as polypropylene or polyethylene. This results in suppliers sometimes passing off a low-grade polymer as the high-performance variant, with the client being none-the-wiser. There is also the very real and commercial issue that in many cases, it is the purchase department who procure the material, and their KRAs are tied closely with the cost of the product, rather than the authenticity. In addition to this, supplying a test certificate that claims the polymer is genuine is simple enough and so the material is passed without much ado.

It is only when the material fails, or when the client’s engineering teams takes the initiative to have the material tested in a lab that the true nature of the polymer becomes apparent. We have had clients come to us with material procured from local vendors that has failed miserably. The client – now concerned with quality – seeks clarification on the root cause of the failure. When we inform them that the material is not what they think it is, we are usually met with shock.

A similar pattern tends to follow specifically around PTFE tubing. For the most part, PTFE  tubes look and feel like any other polymer. The colour of the tube ranges from milky white to translucent to nearly transparent (more on this later). This is not much different that the shades seen in tubes of nylon, polypropylene or polyurethane, to name just a few. In all these cases, the price of PTFE tubing is likely to be anywhere from 5X to 10X more expensive. Hence, many times the client will inform us that we need to check our costing, since their current procurement rates are far below what we have quoted.

In this article, we focus on both the cost benchmarks and quality metrics of PTFE tubes. We hope that with this information, a client would be able to better distinguish genuine PTFE tubes, from the cheaper variants that the market sometimes tries to push.

When we set out to install our PTFE paste extruder for making PTFE tubes, our first concern was competing with China. We had already witnessed the market for PTFE stock shapes (rods and sheets) become flooded with cheap – albeit low quality – Chinese material and did not want our product to suffer the same fate. Since nearly all PTFE tube is imported into India (we remain one of the very few with the technology to manufacture PTFE tubes in India), we procured import data from the preceding 2 years to analyse the landed cost of the imported material.

The table below shows the average price per Kg for PTFE Tubes from China, the US and Europe. Although as an engineering company, we rarely ever quote a client by weight, it is useful to compare the same to understand the costing.

Unsurprisingly, Chinese tubes are cheaper by over 30% when compare with Europe/US. This clearly does not consider any of the quality variations between the two sources or indeed between Chinese tubes and our own tubes. But having the China price – and the hard data to support this – has allowed us to refute the claims of clients who say they are buying PTFE tubes are US$10-15 per Kg.

We also found that our own tubes could be made for as low as 10% below the China price. Obviously, this depends highly on the grade of raw materials used. Since some grades – such as Daikin, DuPont and 3M need to be imported, our pricing is also impacted accordingly.

Therefore, our standard response when a client claims to be getting a lower price is to first quote the China price – which everyone agrees is about as low as the price can get – and then request the client for a sample of tube so we can verify whether it is PTFE or some other polymer. Our experience here has been fruitful. Genuine OEMs are not keen to use material that is inferior. They will usually respond positively to such an exercise and appreciate our efforts to supply authentic PTFE material. Traders and price players would rather ignore our data – which is an immediate warning signal for us to stay as far away from them as possible!

We mentioned above that tubes made from nylon, polypropylene and polyurethane are sometimes passed off as PTFE tubes. Notably, there is a vast difference in the basic properties of these materials (which is the reason PTFE is opted for in the first place). Most notably is the temperature capability. Quite simply, PTFE can withstand a temperature of 260°C without suffering any deformation or loss in properties. Since most of the cheaper polymers would melt at anywhere above 150°C, popping a small length of tube into an oven would be the easiest way to check the authenticity.

It should also be noted that PTFE tubes are rarely fully transparent. We will elaborate on this below but as a client, if someone is offering you low-cost PTFE tubes that have a glass-like transparency, you are most likely being sold a variant of polycarbonate or acrylic tubes.

In addition to substitute polymers, there exist variants within PTFE tubes that should also be investigated. The range of PTFE tubes described above gives us some clue as to the composition and quality of the tubes.

We hope that the above information gives a clear picture of the pitfalls when ordering PTFE tubes. It should be emphasized that PTFE tubes offer a set of properties unlike any other polymer. In addition to this, the techniques involved in processing the tube are both expensive and proprietary. All these factors contribute to the end-result that PTFE tubing is a high-end product and that getting it at a price comparable with a regular polymer should be viewed with caution.