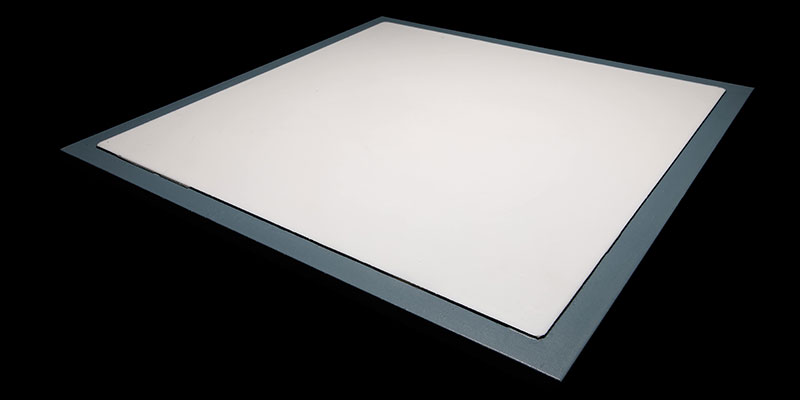 PTFE sliding bearings have become a mainstay for any application that requires a combination of loads and movement. The key feature of the bearing is that it can accommodate high vertical loads, while offering a low coefficient of friction. As such, the standard model of PTFE against polished Stainless Steel allows for coefficients of friction as low as 0.03 (near rolling friction) while being able to sustain vertical loads of up to 400Bar.

The applications of this sliding arrangement include pipe support systems, boiler plants, bridges, and walkways. The plain PTFE sliding bearing does not lend itself to loads exceeding 150 Tonnes, hence the application does not extend to areas such as flyovers and railway bridges, where the loads are in excess of this value.

Designing a plain PTFE sliding bearing involves an understanding of the various loads involved and ensuring that the PTFE does not succumb to these loads, even under their most extreme applications. For the most part, while PTFE is rated to a compressive load of up to 400Bar, we apply a 50-70% safety factor in design, keeping the design load within 120-200Bar.

Other loads such as lateral loads, uplift loads, and even rotation, can be factored into the bearing using metal bolts that can accommodate these loads. Care, however, must be taken in ensuring that PTFE is used in any area where there would be sliding. So, if metal bolts are used to prevent movement in one of the lateral directions, a PTFE element is employed around the metal bolt, such that the bolt itself does not rub directly against the sliding plate thereby increasing the friction.

One of the main design arguments that result with PTFE bearing is around the thickness of the PTFE pad employed. The thickness of the pad has long been specified as being between 3mm and 5mm as per the BS 5400 standard – which remains one of the only standards that pertain specifically to the design of PTFE sliding bearings. The standard recommends that the PTFE sheet should be 5mm in the care of a recessed bearing (a bearing where the PTFE pad is bonded within a recess on the metal plate) and 3mm in the case of an un-recessed bearing. The case for making the recess is quite sound. Bonding the PTFE within a pocket milled onto the surface of the metal plate ensures that the PTFE does not come loose of the metal over time. Barring cases where the shear load on the PTFE is likely to be low, a recessed option is generally preferred by designers.

Nonetheless, a lot of debate does arise as to why the values of 3mm and 5mm are found acceptable.

Recently, we were asked to supply 8mm thick polypropylene sheets for a bearing project. Among the technical requirements was a shear load confirmation. Against a given horizontal load, we needed to confirm that the sheets would not deform, causing failure.

Given the Shear Modulus (G) of the material, the above formula can be used to calculate the value of F needed to displace the sheet. Since this was an infrastructure project, we assumed Δx to be 0.1mm (a very small displacement) and given the other properties, the force was calculated.

In our particular example, a force of 750Tonnes would be needed to displace the polypropylene sheet by 0.1mm. Considering the actual loads expected were within 10 Tonnes, this safely allowed us to state that the bearing sheet would not be affected by the shear load.

Thus, the sheet thickness – whether it is polypropylene or PTFE – needs to be minimized in order to minimize the effects of shear. However, too thin a sheet would risk damage from tearing and/or wear out. Furthermore, grit that finds its way between the bearing plates would be more likely to cause damage. PTFE normally swallows the grit, allowing it to stay embedded just below the sliding surface, so that it does not compromise the sliding movement. If the sheet was under 3mm thick, larger pieces of grit would cause problems.

Because PTFE has such a low coefficient of friction, shear loads are not normally considered an issue. Whatever the thickness of the PTFE, it would require a tremendous load to deform the sheet due to shearing. Nonetheless, the shear load is worth keeping in mind, especially when a design engineer argues that 3mm or 5mm is too thin and that a higher thickness of sheet is needed to accommodate the load.